Not that I was worried for a single second.  Not even when inappropriately mistimed “confirmations” were all over the place did I doubt the truth that it would happen.  But finally…. finally…. on Peter Lenkov’s birthday, no less, we got the official announcement from the only source that counts…. CBS.  Hawaii Five-0 is a go for Season 10.

There are also multiple reports that the entire cast is returning for the new season.  Personally, while I am thrilled with these reports, I’m going to go into it a bit cautiously.  First, like with the official announcement of renewal, I feel this needs to come, well… officially, from CBS.  On the other hand, the press release regarding the Season 10 pickup did list the entire cast in the announcement.  So, technically, they did say they would all be back.

But, there is that pesky cliffhanger in the season finale.  “A cliffhanger that is going to affect one of the main characters…..in a way that the audience will question whether they’re going to come back or not”.  There is also that queasy feeling from being burned once before by assumptions of a full cast return and then getting kicked in the teeth a week before filming was to start.

But you guys know me.  I’m an eternal optimist.  So while I might be taking the teeniest grain of salt, I’m still going to go with the official CBS press release which listed the entire cast and say I’m not only thrilled we’re getting a Season 10, but getting one with all my favorite characters returning.  After all, what’s Hawaii Five-0 without our full Ohana? Right?

Of course, the most important part of that is the return of Alex and Scott.  I can’t imagine this show without the wonderful, on-going bromance between Steve and Danny.  Yeah, it’s not as prominent as it once was, and that does make me a bit sad, but it is still there.  We still get a lot of wonderful glimpses of it.  They have always been and still remain the heart and soul of this show.  I hope in this new season the writers see fit to bring us more of the wonderful McDanno moments that have made this show such a success over all these years. 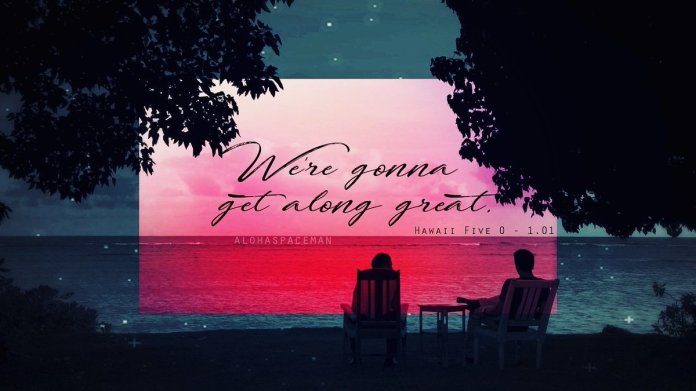 So congratulations to Peter Lenkov (MacGyver and Magnum are also coming back for new seasons), and the entire cast and crew.  They’ve all given us nine years of wonderful fun and entertainment, given us worldwide friends we’d never have met without them and continue to give us a great way to spend our Friday nights.  Here’s to another great year.  Can’t wait to see what Season 10 will bring our way!