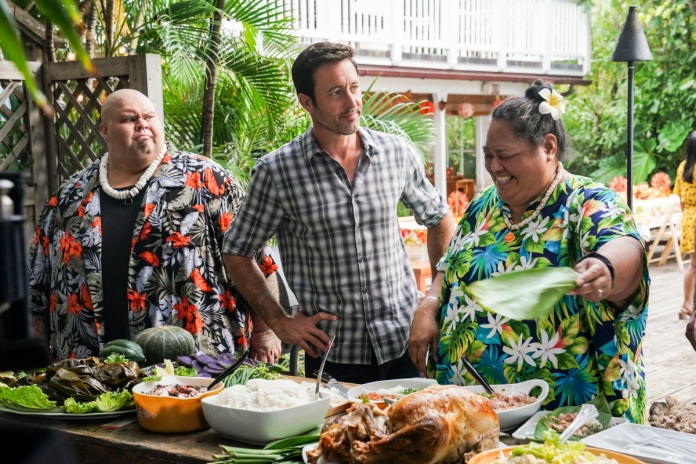 Even when times aren’t the best, there are still things in life to be thankful for. Sometimes it’s not always easy to find those things.  Sometimes life hands us more burdens than we think we can bear but we always try to find the strength to deal with what life throws at us.  No one knows this better than Steve McGarrett.

Steve has gone through and endured more heartbreak and tragedy than should be humanly allowed.  He’s lost much in his life.  Friends, colleagues, comrades in arms, and he was there to personally witness the murder of both his parents.  Helplessly listening from thousands of miles away and then desperately trying to hold onto a life as it slipped through his fingers.  How the man is still on his feet is unimaginable.  Yet, he soldiers on.

Yes, Steve has lost more than anyone should ever bear but amid all the tragedy throughout his life, something miraculous happened.  He built himself a family. Starting when Danny Williams first walked into the McGarrett garage and carrying on through the last ten years, the Ohana that’s grown around Steve has been more fortifying, more loving, more grounding and more supportive than any family he had from when he was fifteen to that fateful day in September 2010. 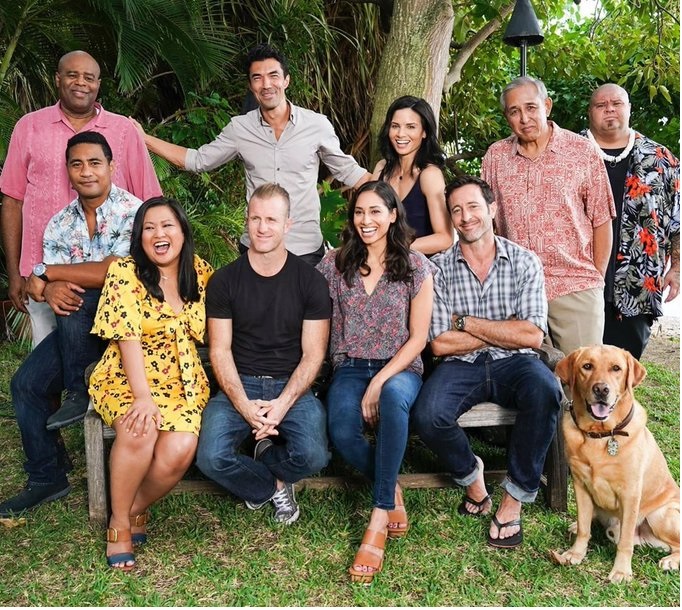 And what better day of the year to celebrate families than on Thanksgiving.  This episode did just that, revolving around all different kinds of families.

Family dysfunctional:  I’m not going to spend too many words on this family, or the crime of the week. To be honest, they could have cut the entire story out of this episode and used the time elsewhere.  It’s not that it was a bad or boring story. It’s just that the rest of the episode was so good and so touching, I’d have preferred this time been used to expand it.

As of this writing, I haven’t had the chance to go back and re-watch the episode but what I remember is a convoluted story of a stolen koa tree; an accidental murder that wasn’t a murder until it was; a brother and sister who let another brother think he’d committed the murder that wasn’t which was the murder they themselves committed; a disgustingly dismembered body with the head hidden inside said stolen koa tree.  All to avoid scandal and protect the family fortune they all couldn’t bear the thought of living without.  There are times when I think the writers should lay off the pepperoni pizzas late at night. 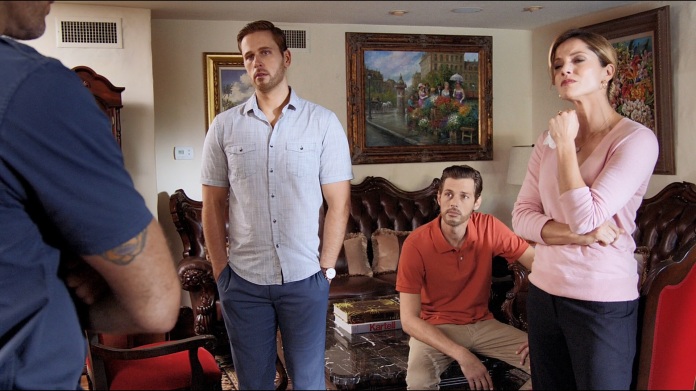 Family rebuilding:  We’ve known Junior for over two years now and from the very start, the relationship between him and his dad has been fraught with difficulty. We’ve watched as they both worked to mend the problems between them.  We’ve watched them grow closer and we’ve watched them fall apart again.

When we last left them, Natano had written Junior off once again after he stood up and supported the parole of the man who’d killed his sister Maya in a drunk driving accident.  They looked to be further apart than ever. But the Reigns family had once been so full of love they made space to bring into their home, a lost soul of a boy, Junior’s best friend, Owen. They kept him safe and gave him the opportunity to grow and prosper.  Unfortunately, Owen was forced back with this mother and this only led him down the same dark path of addiction she was on. 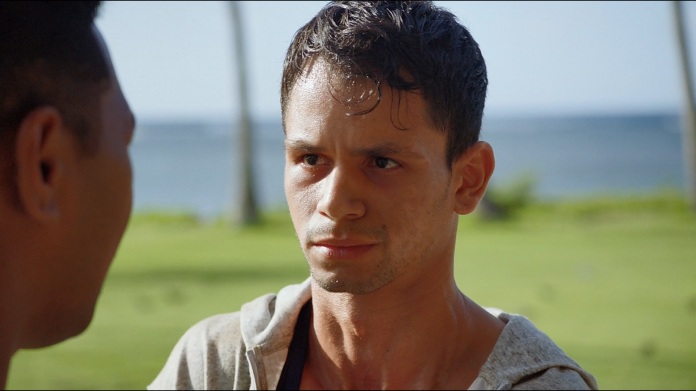 When Junior’s mom, Lana, called him distraught that the house had been robbed and not only her jewelry but Natano’s most priced possessions had been stolen from their secret hiding place, Junior knew it was Owen.

It didn’t take very long for Junior and Tani to track Owen down.  It was nice to see the bond they had forged as young boys was still there.  Owen still loved the family enough that he wouldn’t sell Natano’s Purple Heart, no matter how bad he needed a fix.  Junior still loved Owen enough to force him finally into seeking help in rehab.  I wish we could have seen Koa again in this episode but it’s great to know he’s still working and flourishing at the rehab center.  There’s no doubt that with Koa’s help and the new family he’ll undoubtedly form in rehab that Owen will at last have a fighting chance.

Watching Junior and Natano finally resolve their differences and come together was so incredibly touching.  Natano finally understands why Junior chose forgiveness for Maya’s killer.  And Junior now sees what Natano could never tell him.  Junior always thought, because he’d gone against his father’s wishes and joined the service and because Natano didn’t want Junior to write to him that he didn’t care about him.  Finding those letters from his CO to his dad in Natano’s cigar box told a different story.  Natano did care.  He did worry about him and he did always want to know that he was safe.  Junior and Natano weren’t the only ones crying during that scene. 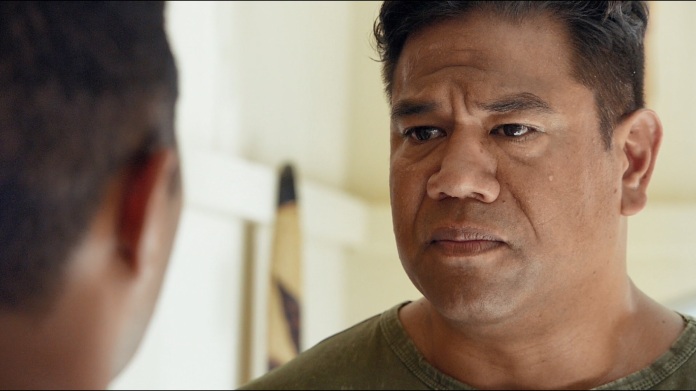 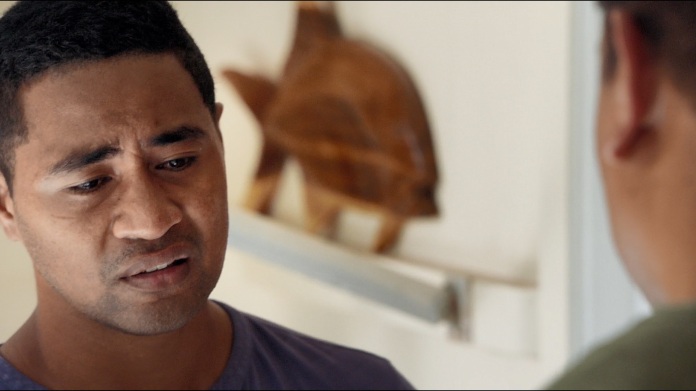 Family maybe:  Will they or won’t they?  Will Tani and Junior finally see what everyone else can see?  That these two are more than good friends?  That they are destined to be a family themselves? 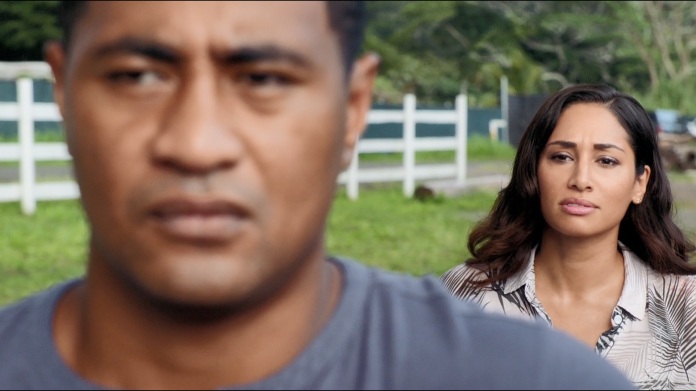 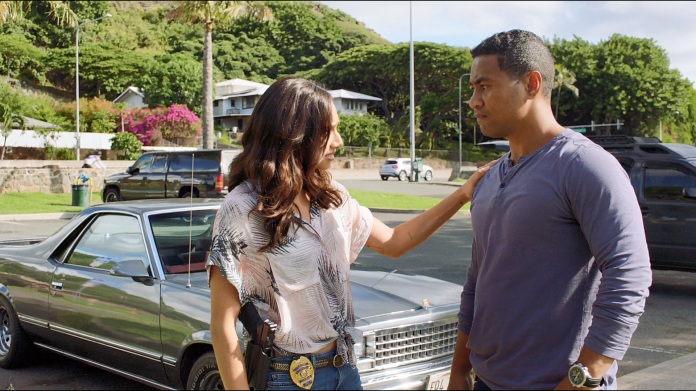 Well, Koa is settled now and so is Junior’s family.  It was so sweet the way he thanked her for everything she’s done for him over the last couple of years.  Now it’s time for them to take that next step.

Maybe that’s why the writers haven’t had Junior move out of Steve’s place yet.  Maybe they’re holding off so that when Junior finally does move out, he moves in with Tani.  How awesome would that be? 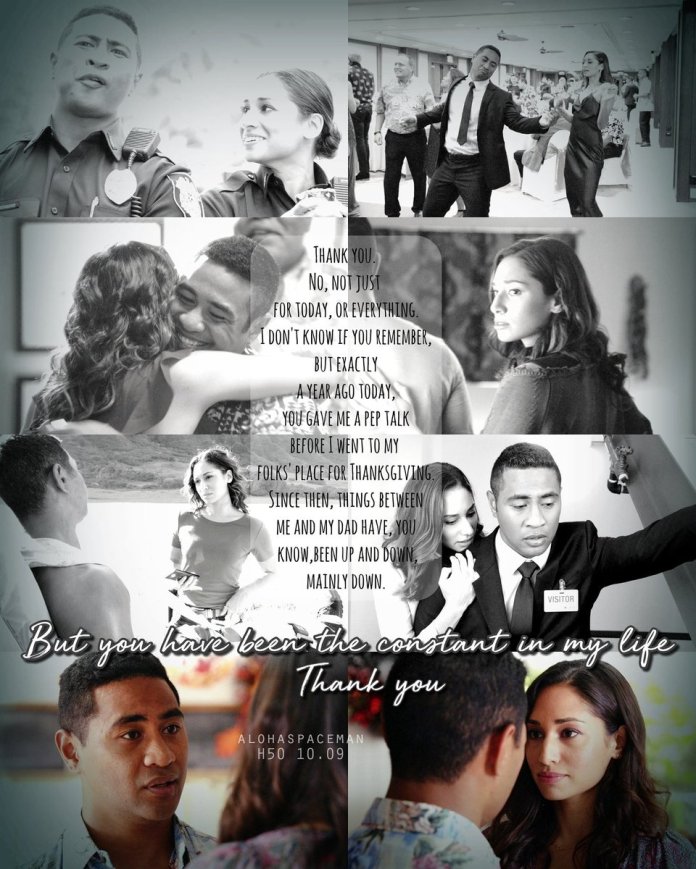 Then there’s Danny and Rachel.  I’m going to give this about the same amount of time the episode did.  The writers felt obligated to have Quinn bring it up, so I’ll address it, but Danny didn’t make it sound like “trying to work it out” was going all that well.  He had no enthusiasm in his voice at all.  When Quinn asked him how it was going, his “well, she’s not here” sounded, to me, very much like “if it was working out, she’d be here, wouldn’t she?”

Charlie and Grace are with Rachel for Thanksgiving.  Either Grace came home for the long holiday weekend or Rachel and Charlie flew to wherever Grace is in school. Danny didn’t feel he needed to be with them? Or Rachel didn’t feel the need for him to be there?  Either way, I don’t see that boding well toward “working it out” if they made no effort to be together on a family holiday.  Oh well… works for me.

Family united:  For people who always like to complain that there is no story continuity or that no matter what happens to Steve, he’s back to perfect in the next episode, these last couple episodes have been for you.  While it’s sad to watch Steve go through it, I’m glad the storyline of his mourning wasn’t dropped after one episode and has not only continued but has involved everyone in Steve’s Ohana.

Right off the bat, we see how it’s affecting Steve when Junior says that Steve doesn’t feel up to the family football game this year.  We all know how important that game always is to Steve so the fact that he’s not up for it, speaks volumes.

Junior goes out of his way to comfort Steve by telling him how he felt and what he went through when Maya died.  It’s so touching to see just how much Steve means to Junior and how much he hurts to see Steve hurting. 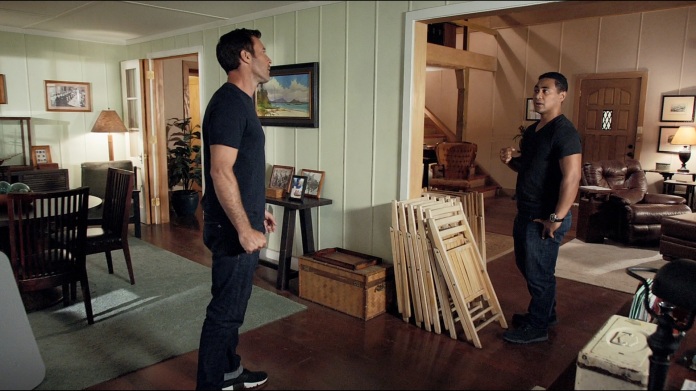 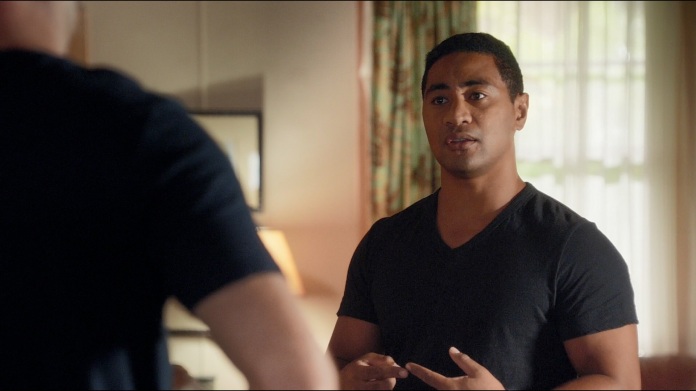 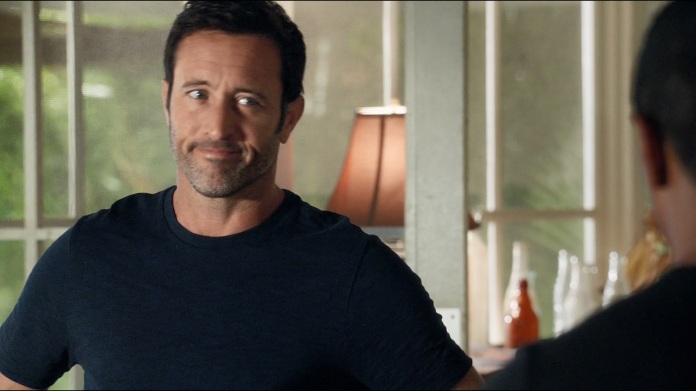 And then, of course, there’s Danny.  Ever since we found out that Danny was going to move into Steve’s place there was speculation on what the reason would be. My guess was termites! Having your house tented would mean you’d need a place to stay.  No.. not termites.  Mold!  But Steve is 100% right.  A poker face Danny has not. 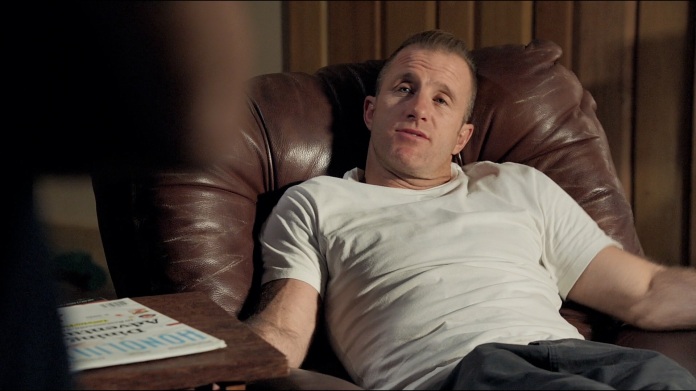 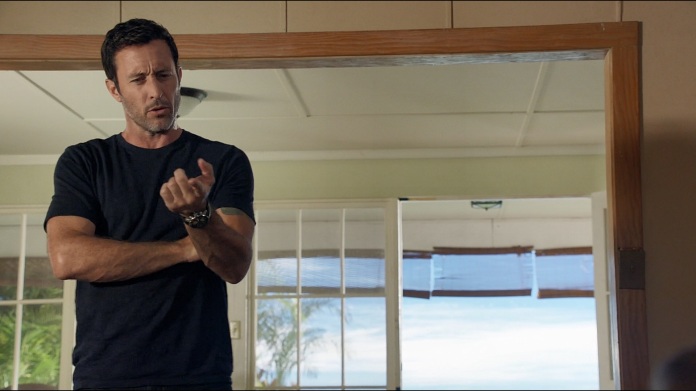 Everyone… everyone… could tell from the moment the words left his lips that Danny’s house doesn’t have one speck of mold in it.  I think even Eddie knew he was lying.  “I’m not giving up my couch for this guy when there’s not a thing wrong with his house!!” 🤣 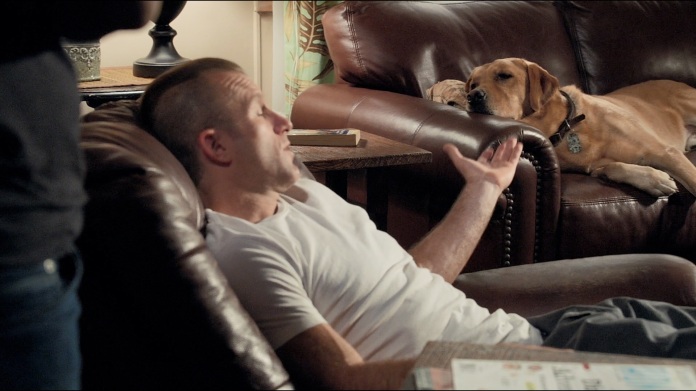 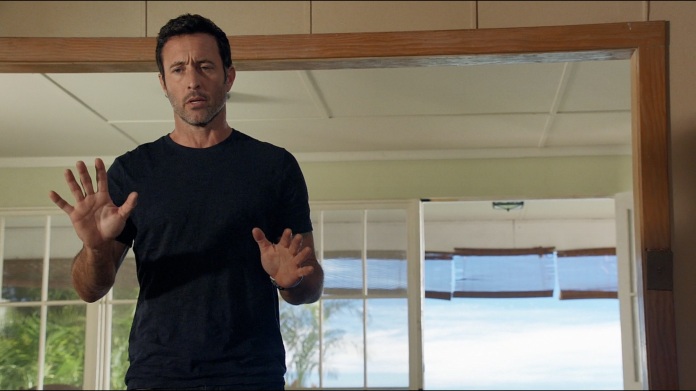 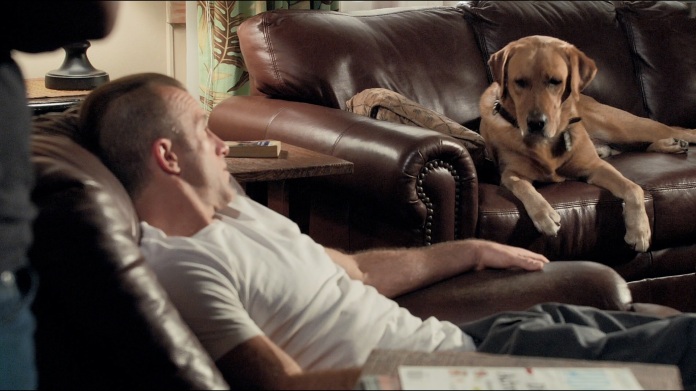 It’s the best thing ever that Danny faked having a problem at his house just so he could stay with Steve.  Sure, Junior is there but Danny still wanted to be there too.  He knows, well actually they all know, that this isn’t just another bad event in Steve’s life.  It’s been a horrendous year for him.  Think all the way back to the season premiere of Season 9 and on from there.  Betrayed by Greer, tortured…. again…. how many friends and old teammates died over that season? Then the death of Joe White, and now Doris.  Danny knows Steve is really going through major pain and he wants to be sure he’s there to help him, along with Junior and Eddie, through it.

And just like the rest of us, Steve knew all along what Danny was up to.  But Steve knows Danny’s only doing it because he loves him.  And Steve loves him right back.  Enough to, for now, let Danny think he’s pulling it over on Steve.  These two…. oh my heart! ♥♥

Will Danny still be there by the next episode? I doubt this is a long-term situation.  After all, it’s not like Danny is homeless like he was in Season 2.  He has a very nice house.  He said he needed to stay for six or seven days so I’m pretty sure by the next episode he’ll be back home.  Or maybe he’ll still be there until he and Steve have a heart-to-heart (which I would love to see!) and he’s convinced Steve is feeling better.  Either way, it’s ok.  Mission accomplished here! #McDanno still totally rules! 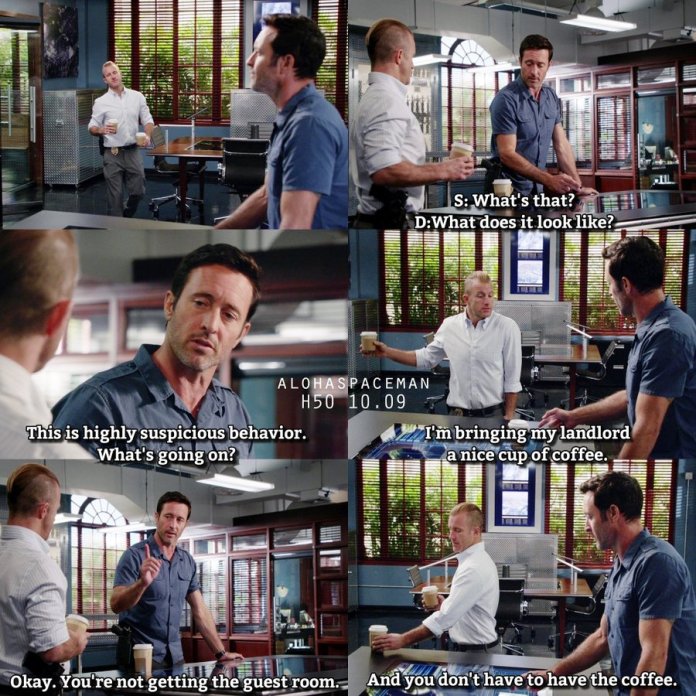 Thanksgiving… A day for family, togetherness and love.  Junior, Eddie and Danny having Steve’s back on the home front.  The rest of the Ohana gathered around him emanating total love and support.  Lou telling him it’s “nice when you got a lot of friends that actually give a damn about you, ain’t it?” pretty much said it all. 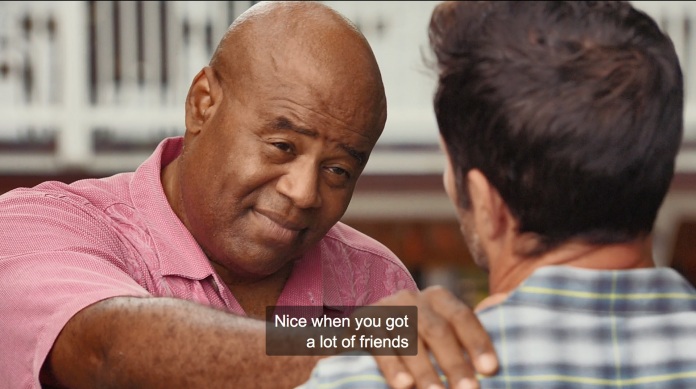 Adam, knowing how much the family Thanksgiving football game has always meant to Steve, draws him into “a few downs before we eat?” No matter what, they’re all going to make sure he gets through this. 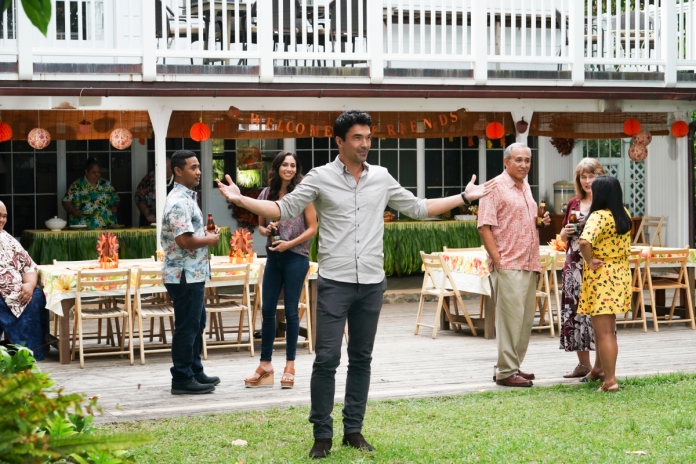 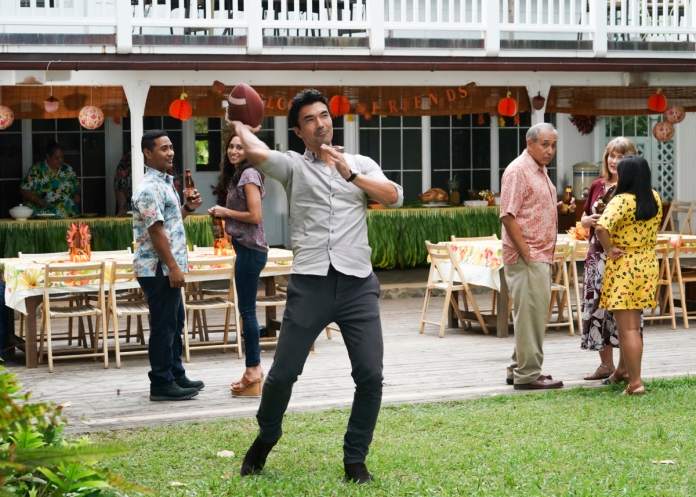 With his entire loving Ohana gathered around him, Steve’s gazes at them with the most humbling of bemused expressions on his face.  The open affection for him coming from them all was absolutely heartwarming. 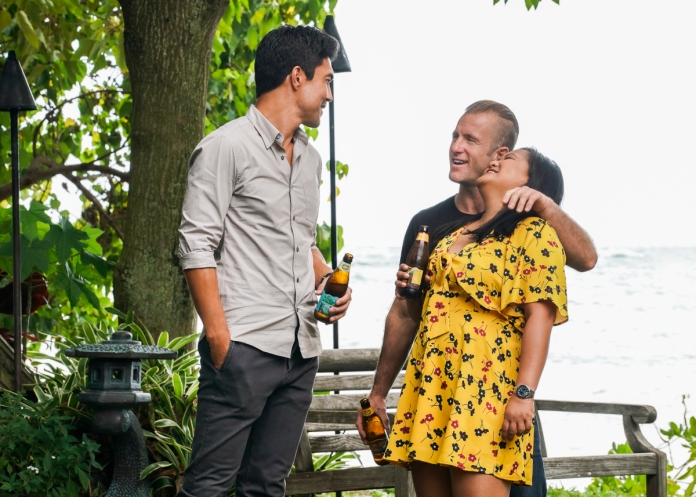 It’s a picture of pure indulgence.  They are indulging Steve to grieve in the comfort of knowing they are all there to pick him up if he should fall.  And he’s indulging them because he knows they love him, and they need to know he’s going to be ok.  The love emanating from the TV screen was palpable.  I think this Thanksgiving episode is going to go down as my all-time favorite.

Well, that’s it for this week my friends.  I just want to say I’m thankful for the wonderful cast and crew of Hawaii Five-0 and all the time, effort and work they put in day in and day out to bring us so much fun and enjoyment every week.  I’m also thankful for all the wonderful friends this show has brought me and for everyone who comes here to read and sometimes comment on this blog.  You guys all totally rock!

Here’s hoping you all have a wonderful Thanksgiving holiday filled with laughter and love and spent with all the people in your lives you love.

Screen caps are mine unless otherwise noted.