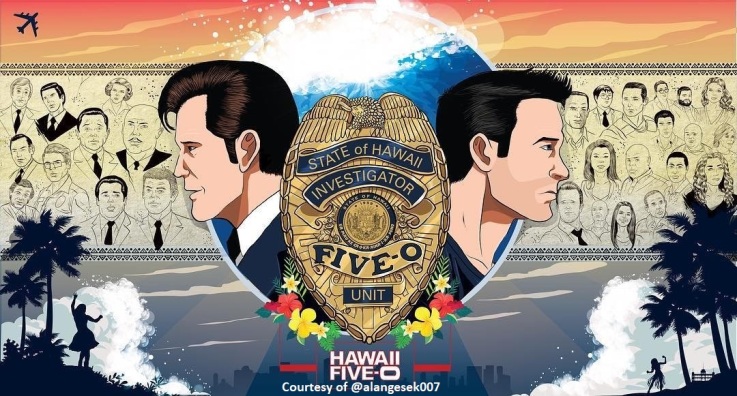 Well…..hello there, my friends!  How have you been?  Have you been enjoying your summer? I sure hope you’ve all had a fantastic time.  I know I’ve probably said this before, but I never thought there would come a time when I would want to wish away my summer but, damn, if the arrival of Hawaii Five-0 eight years ago didn’t do just that.

Well, here we are again.  We’ve made it.  We’ve made it almost to the end of another summer of hiatus hell.  This hiatus seemed particular awful since CBS, in its infinite wisdom, decided we didn’t need H50 reruns for the better part of the whole summer. Aaauugghhh!!!! What on earth would I have done without iTunes and DVDs and Netflix and Amazon Prime and CBS AllAccess?!?! 😉😉

But, it’s September now and that means the season premiere of our favorite show is just around the corner.  Already, there’s so much to be excited about.

Here are some of the things we already know about Season 9:

The entire cast is back!   Personally, this was never a concern for me once I learned that Alex was definitely on board, but I know there were those who were worried, especially when Alex and Scott stayed off island an extra week when filming began in July.  But, not to worry. Our team is fully intact!

Even Eddie is back, thank goodness! 🐶 😘  Courtesy of Michael Ausiello at TVLine, Eddie is going to get his very own origin story!  I’m not sure if this is going to be a full episode, or a second or *shudder* third story but how cute will it be to find out just how Eddie became the awesome service dog he is?

A full season of H50!  As of right now, there is a season order for 22 episodes.  But as we’ve seen in the past, that number can be very fluid.  We’ve seen it increased to 24 and then to 25 in previous seasons.  Let’s hope that happens again this year.

Sunset on the Beach is a go!  Not only is it a go, but it promises to be an extravaganza the like of which we’ve not seen on Queens Beach before.  Because not only is the cast and crew of H50 going to be there like always, but the cast of the new Magnum PI will be there as well.  Attendees (and I am soooooooo jealous I can’t be there) will be treated to a 50th Anniversary celebration for H50 as well as a double feature presentation of both the Season 9 Premiere of H50 and the Series Premiere of Magnum PI.

I know there was a lot of hand wringing over this when the announcement was first made.  That Magnum was going to take away H50’s thunder, or something.  Nothing could be further from the truth.  This is not the first time attendees have been treated to a double feature on the beach.  At SOTB 2016, the Series Premiere of MagGyver was also shown.  And even before that, at SOTB 2014, the Series Premiere of Scorpion was shown.  So this is not, in any way, a new development.  What is new, of course, is that, unlike those other CBS shows, Magnum films on Oahu, so the Magnum cast is able to attend the celebration.

To top everything off, there will be a live concert from the one and only Cyndi Lauper to round out the night!  It will be interesting to see if Cyndi ties in with H50 or possibly with Magnum in some way.  Previously, the musical guests at SOTB also had some part in the show.

The Jonas Brothers appeared at SOTB 2013 when Nick Jonas was on the show as Ian Wright.  When Darius Rucker (of Hootie and the Blowfish) was on the show in Season 7, he appeared at that year’s SOTB.  Episode #100 gave us two guest musicians.  Gavin Rossdale (who appeared in #100) performed at SOTB 2014 and, of course, I’ll never forget singing “All for One” (the “theme song” of Episode #100) along with Five for Fighting’s John Ondrasik at SOTB 2015.  So, it makes me wonder if we’ll be seeing (or hearing) Cyndi on either of the two shows this season.

Celebrating the 50th Anniversary of Hawaii Five-O!  And how awesome is that?!?!?  There aren’t many shows that can boast that claim to fame.  And in a stroke of genius, TPTB have decided that the Season 9 Premiere (September 28th), which is almost exactly 50 years from the date of the Original Premiere of Hawaii Five-O (September 20, 1968), will be a retelling of the original Pilot episode, “Cocoon” (Ka ʻōwili ʻōka’i).

The retelling of this story gives Peter Lenkov a co-writing credit with Series creator Leonard Freeman which I’m sure is a huge honor and thrill for Peter.  And if we go by the great job that was done when they tackled the retelling of “Hookman” in Season 3, this episode will be incredible.

I took a look at the original version of “Cocoon” recently and it is a fascinating story.  When I heard they were going to re-tell it, my first thought was, “how are they going to get two hours worth of story into 42 minutes”.  Having now watched the original, I’m not worried one bit.  There is a lot of expendable material in the original.  Of course, in those days, there weren’t as many commercials taking up story time as there is now so there was a lot more time to fill.  A good deal of that expendable material can be trimmed back leaving a great, intense story that I know our cast, especially Alex will totally rock!

Jack Lord’s McGarrett was pretty much the only major part of the original “Cocoon”.  As a matter of fact, you barely see the rest of the team at all.  Chin Ho and Danny don’t show up until the second hour and while Kono is in the first hour, he’s reduced to only coming and going from Steve’s office basically running errands.  Thank God, our H50 is nothing like the 1968 version in that regard.  The original H5O was always, more or less, the Jack Lord show.  While Alex is, most decidedly, the lead and, yes, carries the major bulk of screen time, our H50 is not the Alex O’Loughlin show.  We’ll be seeing our entire team tackling this story from beginning to end, just like they always do!  It’s going to be so great!

Check out the press release and the promotional pictures courtesy of CBS and Spoiler TV here:

Two upcoming episodes which sound like they will totally blow us away!

Episode 9.07 will be H50’s milestone 200th episode.  First, the most important thing of all….  Scott/Danny will be in the episode, as we can see from Peter’s answer above (courtesy of Matt Mitovich at TVLine) .  That is extremely great news!!

We’ll also get to see the “soft” opening of Steve and Danny’s restaurant.  We’re left to wonder what the “big turning point” will be however.  Me? I’m hoping for a huge success. I’ve made no secret that I really want Danny’s “dream” from when he was shot to come true someday.  What else will #200 include.  Who knows? But I’m willing to bet, considering how incredible #100 was, that we’re all in for quite a treat.

The “mid-season finale” also sounds intriguing.  This is the synopsis of the movie “The Expendables”.

First off, let’s dismiss the totally inaccurate and, quite frankly, ludicrous web article that said “look for” Sylvester Stallone and Arnold Schwarzenegger to make an appearance.  Seriously…. where on earth do people get this stuff???? 🤣🤣🤣🤣

It seems likely the episode may be about some sort of big mission/OP (like the theme of the movie) that needs the assistance of characters who have helped out in the past.  There’s a long list of people who have helped out Five-0 over the years.  I can’t wait to see who ends up coming back!

And another episode that looks to be a really great one!

Yup! You’re reading that right!  Written by: Chi McBride!  This is very exciting.  I love it when the cast dips their toes into the creative process.  Alex did it last year with his story credit for the 8.24 SEAL story with Joe and Junior and with his directorial debut in 8.18.  Both fantastic episodes.

Who knows what story Chi has come up with, but with the news that Oscar Winner Louis Gossett Jr. has been cast to play Lou’s father, it sounds like it could be a Grover family saga of some sort.  As you can see above, it’s Episode 9.08, which will be the Thanksgiving episode.  With two powerhouse actors anchoring the story, you just know it’s going to rock! Here’s hoping we get to see Renee, Samantha and Will again too.

Woooooo Hoooooo!!!!!!  I wonder if Alex will be given a script to direct or if he’ll come up with another story of his own?  Either way, this makes me extremely happy!!  He did such a fantastic job with his directorial debut in 8.18, I can’t wait to see what he does with his next episode.

So, there we are.  A little less than a month to go until the Premiere and so much we already know of what’s to come.  The best part?  There is still so much we don’t know so an abundance of great stuff yet to find out.  I’m excited.  Who’s with me?  Yeah…… thought so! 😁😁😁

Pictures used above are, obviously, not mine.  I’ve given credit where appropriate and I’m posting this incredible picture again because I just love it so much.  Courtesy of @alangesek007. 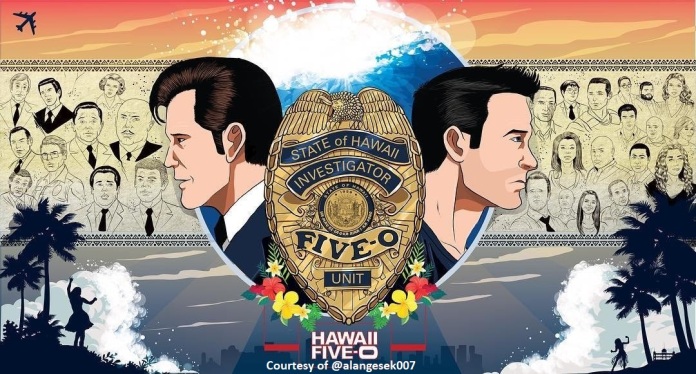