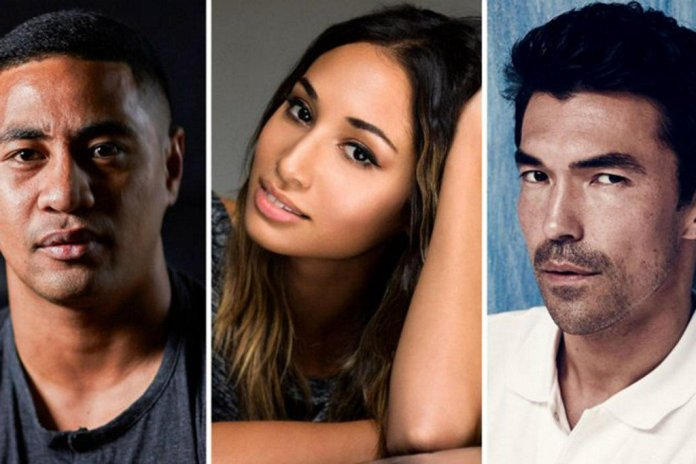 Well, it’s finally official!  We can now officially extend a loving Ohana welcome to Meaghan Rath, who has been cast as our new Five-0 team member, Tani Rey.  The addition of this new team member was been in the H50 news for several weeks and we have seen her in behind the scenes pictures and videos from the filming of the S8 premiere.  But until today, we had no official announcement that she was our newest team member.

“Rath is best known to television audiences for her starring roles in the series “Being Human” and “Cooper Barrett’s Guide to Surviving Life,” and for recurring in “Secrets and Lies” and “New Girl.”” – SpoilerTV

Along with the Meaghan announcement, came a surprise. Looks like there is going to be a second new addition to the Five-0 Task Force.  “Junior Reigns, a former Navy SEAL who just returned from serving his country and asks McGarrett, a fellow SEAL, for a job, hoping to repurpose his skills as a member of Five-0.”  Junior will be played by Beulah Koale, who is Samoan and will “star opposite Miles Teller in the feature film “Thank You for Your Service,” which premieres Oct. 27.” – SpoilerTV

And there is even more good news in this official announcement.  Ian Anthony Dale, who, of course, we know has played Adam Noshimuri since season two has been promoted from recurring to series regular which means, even though we’ve lost Kono, we’ll be seeing Adam as part of the Five-0 team.

I have no idea how the writers are going to make this happen.  No idea how they will handle Kono and Adam’s marriage nor how they will work it that an ex-con can be part of Five-0.  But I trust our writers will come up with a great story that explains away these awkward circumstances.  I’m just thrilled that we get to keep Ian on H50.

So.. what do you guys think?  Excited?  I know I am!  I’m even more excited about this new season and just can’t wait to see what’s in store for us!