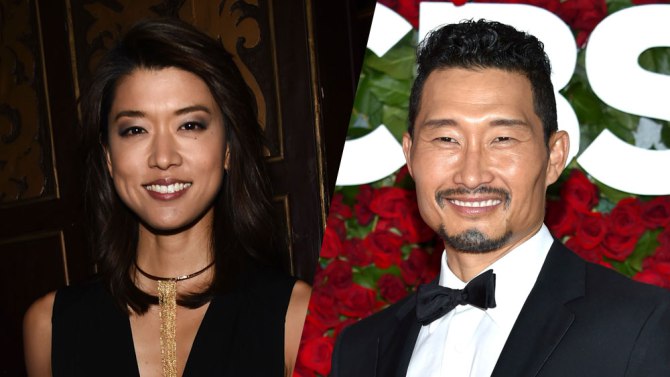 In the last 7 years there have been so many wonderful days and nights connected with this show. Today is not one of them as official word has come from CBS Studios that two of our beloved cast are not returning for Season 8.  On the heals of saying goodbye to Masi Oka’s Max Bergman earlier in Season 7, we now learn that both Daniel Dae Kim and Grace Park are also leaving the show.

I can’t begin to say how sad this makes me.  As someone, like many others, who has watched this show from the moment it began in 2010, Daniel and Grace feel like family. The thought of watching each Friday night and not seeing them anymore is heartbreaking.  Also, as a show that has always prided itself in being one of the most diverse shows on TV, to lose not one but three wonderful Asian actors is a severe blow.  To say the complexion of this show will be vastly different is not an understatement.  The “Hawaii” Five-0 task force will now consist of 3 haoles , one black guy and (hopefully) one Hawaiian rookie.

I’ve said it in the past that I have always been extremely grateful to Daniel for bringing me to H50.  As a huge fan of LOST, I followed Daniel to H50.  He was the only reason I tuned in on that Monday night in 2010.  I only knew Scott from the Ocean’s movies, had never watched Battlestar Galactica and had no idea who Alex was.  I was not a fan of the original Hawaii Five-O.  If it wasn’t for Daniel, I never would have tuned in.

I was thrilled, back in 2015, when on the red carpet at SOTB I was able to personally thank Daniel.  I gushed like a fangirl, told him how grateful I was, thankful because, there I was, on the red carpet at SOTB, with wonderful friends I had met only because of the show…. only because of him.  Now, I’m sure he’s spent years listening to gushing fans but he was nothing but sweet graciousness and kindness.  It’s a meeting I will always cherish. 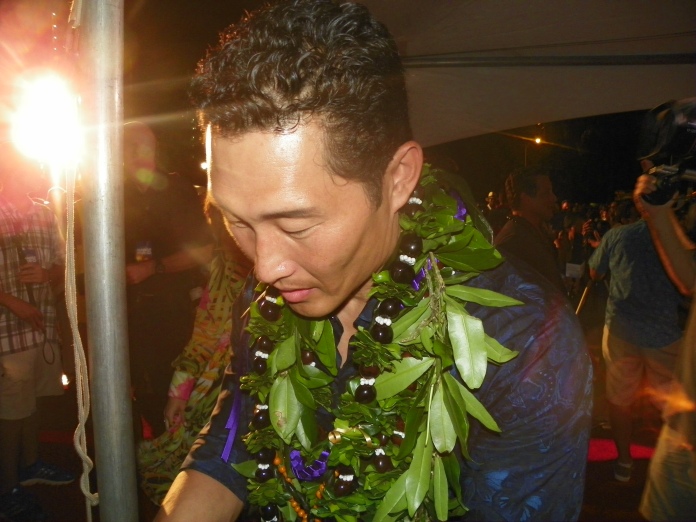 Meeting Grace that same night was also a thrill.  She was beautiful, happy and vivacious.  She seemed to be having a wonderful time interacting with the fans.  She, like Daniel, was nothing but graciousness.  I may have only made it to one SOTB but meeting Daniel and Grace will always be a wonderful highlight of my years loving this show.

I won’t go into what the possible reasons for their departures may be. Whether it was personal decisions, network business decisions or a combination of both.  That’s between them and the network.  I only know how I feel at this moment and that is extremely sad, knowing that when H50 crosses the finish line, whenever that may be, the entire original Ohana won’t be together.  I can only hope that when the time comes, something can be worked out for them to return, at least for the series finale.

It’s extremely hard right now to think of anything positive with regard to this.  But I’m going to try.  I’m hoping that with two less people around the magic table and Tani being only a rookie, it will hopefully mean Danny will go back to being the wonderful detective he always was back in the early years.  I’m hoping it goes back to Danny always being Steve’s #2, that it’s always Steve and Danny going out as the A-team.  And I’m hoping that around the magic table, Danny will be the one to throw out the counter idea to Steve as his true #2 again, instead of just being one of six.

But, let me say this.  This show will always have my loyalty and I will watch it to the end.  I’m looking forward to meeting Tani and seeing the guys dealing with a rookie again.  I’m looking forward to a new character and new stories and a move into a new direction away from retreading old, tired and long overdue to be over stories.  Change is good.  Stagnation is never a good thing.  Neither is going backwards.  Even though I am extremely sorry to see Chin and Kono (and Abby, Sarah and Adam) leave, I’m also excited to see what new adventures the writers have in store for us.

Goodbye Daniel.  Goodbye Grace.  You will forever be Ohana.  Thank you for all your hard work and dedication to the show and for bringing us so much enjoyment for the last seven years.  It will not be the same without you.  You will be lovingly and wholeheartedly missed!  Good luck in all your future endeavors.  We’ll always love you.