First off, I would like to apologize for this being so incredibly late and for, probably, not being up to par with my previous posts. This flu bug, or whatever it is, has knocked me for a loop going on 3 weeks now. Between the up and down fever and the constant coughing and very little sleep my brain is a bit muddled and running at half speed. I had to watch this episode 3 times before I even attempted to write anything and I’m sure it’s still not quite right. And I’m also sure that everything I am about to say has already been said by every other blogger out there but what the hell…let’s give this a shot.

As usual, I liked this episode. I suppose being so sick and needing to stay hydrated and drinking all the “Kool-Aid” I could get this week helped. So even if this won’t go down as one of my favorites there were plenty of things in this episode to like.

I adored the subplot between Max and Dr. Sanjeet Dhawan. As a long time Star Trek fan I adored all the references. I love anytime Max is on my screen and it was nice to have a little bit of a Max centric episode. It’s been a while and seeing him in such a different light was fun. We don’t often get to see Max in situations outside of work and while this was work related to see him react so strongly to Sanjeet and watching their ongoing battle of wills was a hoot. And while their subsequent reconciliation seemed rather abrupt and convenient it was nice to see, in the end, they had more in common than even they realized. 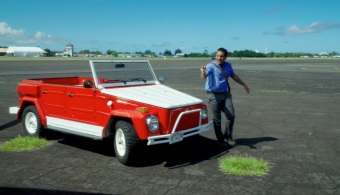 Peter has always said this show is Hawaii Five-0 not Oahu Five-0 and it’s always wonderful when we get to see other parts of the islands. The views of the Big Island were amazing and for those of us who have only ever seen their devastating effects on the evening news, the views of the lava flows were incredible to see. Especially where the lava meets the sea. And then I saw whales….I adore whales. And snow on the mountain top. And horses! Yes…. I NEED to get to this island someday!!! 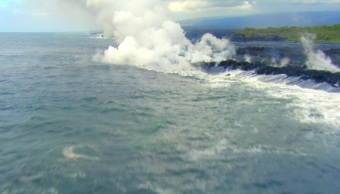 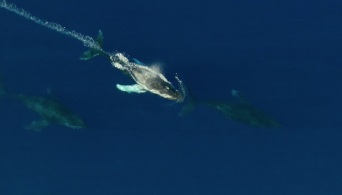 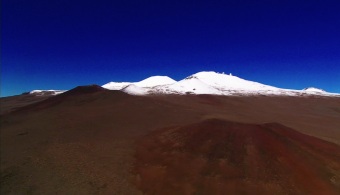 I was surprised that I liked the crime of the week as much as I did. It wasn’t the strongest storyline ever but it was different. It must be really hard to come up with new and interesting crimes week after week. Having the crime on Hawaii Island, where there are so many ranches, revolve around rodeos and a race horse was a really good idea. And call me a sentimental animal loving fool but the end when Urban Myth recognized his owner and ran to him for a loving reunion…. I admit it, I got a bit misty. Reminded me of those damn Budweiser commercials with the horses and the dogs….they get me every time! 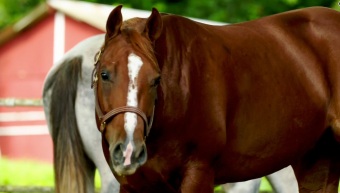 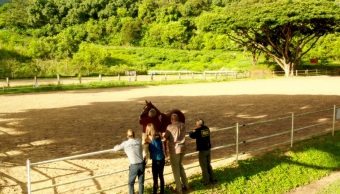 But what I think made this story enjoyable for me was the teaming up of Danny, Grover and Kono. This is a combination we haven’t really seen exclusively before and it worked very well.  It’s always great to see the others be the great detectives they are, especially Danny. I love it when he gets to lead an investigation and show he’s not just Steve’s sidekick but a seasoned detective and why he had so many convictions under his belt back in Jersey. I have always liked it when the team is shaken up a bit, with different members teaming up. Danny and Grover work extremely well together and I have loved the Danny/Kono combo since Season 1. We don’t see enough of them one on one in my opinion. Their heart to heart talk about Gracie, Santa Claus and growing up was wonderfully warm. These two have always had a wonderful connection, ever since the beginning.

I’m a bit torn in my feelings about National Lampoon’s Hawaii Five-0 Christmas Tree Caper. On the one hand I did find it rather amusing watching Danny’s face as the tree owner told him the price of the tree (and do live trees in Hawaii REALLY cost that much even if it is 2 days before Christmas??) and I loved his “what do I look like, Charlie Brown?” comment. The back and forth between Steve and Danny in the tree preserve and the cargument were pretty amusing too. “Please hold for Mr. Malcontent” and the use of “Holiday Road” as the background music were priceless. But Danny’s “I can’t believe you made me an accomplice to a crime” seemed a bit off to me. I mean, even if I understood the reasons for it at the time, didn’t he just murder someone a few weeks ago??

But on the other hand, I find it really hard to believe that Steve would cut down a tree on protected land. It just doesn’t jive with his love of the land and his devotion to island beliefs.  I suppose you could chalk it up to his “do whatever you need to do to achieve your objective and consequences be damned” way of thinking.  Or I suppose he’s gotten so used to getting away with tons of crap much more serious than this with the immunity and means thing and all but, I don’t know.  I think I would have preferred the story if, maybe, Steve had somehow browbeaten the tree salesman into lowering the price to something less horrendous, promised Danny he’d pay half, welch on the promise to pay and have Danny rant and rave about Steve being a Scrooge because of that!

This story also gave us a lot of Officer Pua in this episode. I have to say, I like this kid but I do prefer him in smaller doses. I understand, once the writers committed themselves to the Christmas tree caper there had to be retribution for the crime. My first thought was…why couldn’t it have been Duke instead of Pua… I adore Duke and would love to see him get more screen time. Then I realized, idealistic rookie that he is, if this story had to be, it had to be Pua. Of course, for a rookie cop with dreams of being on Five-0 one day, he might have wanted to cool it a bit. But, he was right, after all. Danny and Steve need to pay the fine for the tree they stole but taking the tree back seems rather silly to me. I mean, it’s not like it can be replanted or anything. Glad he chose to at least wait until after Christmas Eve.

The gathering of the entire Ohana at Danny’s place was a wonderful ending to the episode. Anytime we have Ohana moments are golden for me and it was fun seeing everyone gathered around decorating the tree, eating cookies and really enjoying each others company. I thought it was a bit funny that Danny only had one Christmas CD and I’m a bit sorry we didn’t get a chance to hear the duet of Max on keyboards and Chin on trumpet. But..seriously guys…. No one’s heard of Pandora? LOL I just wish we could have had more of this scene. 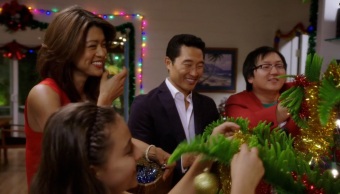 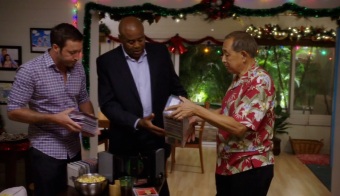 Of course, the one glaring thing was the lack of Alex in this episode. It’s always jarring when a main cast member gets some personal time off but it seems when it’s Alex its felt so much more. He’s not #1 on the call sheet for nothing. But I’m glad he was able to get some time off and do something enjoyable. I’m positive after filming #100 Alex needed some time to recharge both physically and emotionally. There is no way that episode wasn’t draining as hell on him. And now that the team has five full time detectives who are all capable of carrying an investigation on their own it’s easier for any member of the main cast to get some time away and recharge.

So maybe this wasn’t the strongest Christmas episode we’ve ever had. Maybe it was a bit on the weak side story wise. Maybe having Alex gone for almost half the episode took a bit of spark out of it and maybe it wasn’t the strongest way to finish out the year. But you know what? We’ve just come off a couple of very powerful, emotionally charged episodes with #100 being one of the best this series has ever produced. Who says there has to be a big MID-SEASON FINALE?!?! This episode suited me just fine. End the year without millions of rounds of ammo, loud car chases or explosions but with warm family reunions, bright lights, cookies and eggnog, caroling around the tree, good friends and happy hearts.

And that Charlie Brown is what Christmas is all about…..