This episode of Five-0 had a bit of a split personality and was a fun diversion from the norm as the Halloween episodes usually are. I mean….it’s a night of ghouls, ghosts and monsters…who really expects normal anyway?

Although I usually don’t like it when the team is split up this one didn’t bother me because, individually, neither story was strong enough to warrant the use of the entire team. Having Chin, Kono and Lou team up with Max on the copycat slasher case while Steve and Danny helped out Jerry worked for me. Not something I want to see too often but for this episode I was ok with it. It gave all seven cast members, plus Kamekona and Ellie a bit of screen time without making me feel as if anyone was getting shafted for time. It worked really well.  Besides, it’s a bit unrealistic to think that crimes happen in Hawaii one at a time.  Yes, I know…Five-0 and “unrealistic” are not mutually exclusive terms.  But seriously, there could be times when two investigations may go on at the same time so it’s good to see the team able to split up and still be 100% effective.

I liked the dynamic of Chin, Kono and Lou a lot. They worked really well together and can I say again…. I adore Lou Grover. I would have never thought, when first meeting the gruff, hard-nosed, no-nonsense SWAT Commander a year ago, that he would become the person to cut the tension of a scene with a great one-liner. I am so happy they added him to the team.  It was the dynamic between the actors/characters that made the story enjoyable for me…not necessarily the story itself.  I never really expect too much from theme episodes and Halloween is pretty much the biggest “theme” there is.  The story was good….not great which is why I said it wasn’t strong enough to carry the entire team.

I will say though that in this day and age when bullying is a very current topic in our world the fact that our killer was the son of a man who our victims had terrorized in high school was very timely. I never expected it was the son of the tormented kid nor did I expect him to not only take out the bullies but his father as well. As someone who was bullied as a kid myself, I can attest to the fact that it does not leave you, ever. If you’re lucky, you learn how to not only live with it but use it to become stronger. Unfortunately, for this father and son that didn’t happen.

While Chin, Kono and Lou were chasing our COTW, Steve and Danny were helping Jerry. Steve told Jerry to stop spying on the bookstore…to leave it alone…repeatedly. Did Jerry listen? Of course not. Does Steve ever listen once he’s convinced he’s right about something? I think that may be the underlying connection Steve feels for Jerry, subconsciously of course. Jerry is the same type of bulldog with a bone as Steve is when he knows he’s right and will not be dissuaded. Even when Steve tries to do things the right way he ends up doing things his own way anyway. When Ellie couldn’t get the warrant Steve requested, Steve went ahead without it because he believed Jerry and that was good enough for him. And after many twists and turns that took us, as well as Steve and Danny in several directions before we got to truth, it turns out Jerry was right….as Steve usually is…in the long run.  I like Jerry and this story was fun but I have to say I’m glad it’s over now so the show can move on to more serious and important stories. 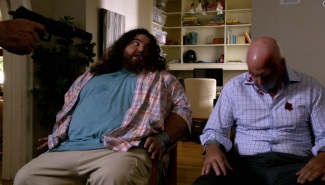 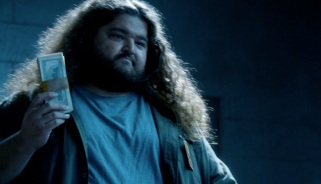 These cases were a bit of fun but my favorite part of this episode was at the very beginning and didn’t even last very long but I believe it’s a great stepping off point for the stories to come.

“You gonna second guess every decision you made? I did that with my old man, Danny…I did that with Freddie too. The truth is I could never have saved either of them. Don’t do that to yourself”.

The truth is it’s going to be very hard for Danny NOT to blame himself. What Steve says is true. There wasn’t anything he could have done to save his father or Freddie. Steve was half a world away from John when Hesse pulled the trigger and even if (and that’s still a big IF we really don’t have the answer to yet) Victor going after John was related to Steve’s 5 year pursuit of the brothers and ultimate capture of Anton, Steve was doing his sworn duty as a Navy SEAL. No way he could have changed that. It’s the same with Freddie. Steve and Freddie went into the mission knowing they were on their own, there was no escape or rescue if captured and a high likelihood they could die. Steve didn’t “leave Freddie behind”…he completed the mission just like Freddie would have done if their places had been reversed. There is no way Steve could have changed any of those things.

But Danny….Danny did have the opportunity to stop Matt from getting on that plane. Matt said so himself. “This ends one of two ways big brother. You either shoot me or you say goodbye”. Danny did have a choice. He could have stopped Matt. A shot in the arm or the leg. Hell, just shoot out the tires of the plane. Yes, Danny did have the opportunity to stop Matt and he didn’t. Steve can tell Danny all he wants that it’s not his fault and ultimately it isn’t because Matt made his choices on his own. But Danny is never going to forget Matt walking up those stairs essentially to his death and how he could have saved him. This is not something Danny is going to get over any time soon. 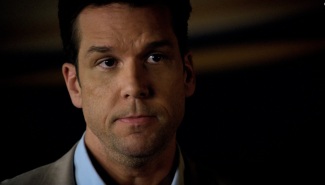 Next week we get the big event…. Five-0’s 100th episode. From the promo that was shown last night it is going to be epic. Matt’s story is over, even if the repercussions for Danny and by extension Chin, are not. Jerry’s story is over. From the looks of the promo WoFat is going to be playing some pretty heavy mind games with Steve. I think this is going to make Steve extremely vulnerable to all the emotions he works so hard to contain. I think after #100 we will finally start to see the hard armor Steve tries to wear crack. I think we will finally begin to see him deal with all those demons he tries so hard to hide from.

I have truly enjoyed these first 6 episodes and the focus being on other members of the Ohana because I think that’s needed in order for the show to be well rounded.  But now I am more than ready to get back to the McGarrett family story. It looks like the big #100 will be a great epic start back on that journey.  I can’t wait.